Fans in Darwin will enjoy a frenzy of Hungry Jack’s NBL action when the preseason Blitz begins on Friday, September 16.

The South East Melbourne Phoenix will battle the Adelaide 36ers on opening night, beginning a stretch of 15 games to be played through to September 23.

The Blitz will be the first chance for teams to debut new players and prepare for the regular season on October 1.

“We’ve made a few changes at League level, and we have seen so many exciting roster changes amongst our NBL Clubs, and all of them will be on show for the first time at this year’s Blitz,” NBL Commissioner Jeremy Loeliger said.

Fans will have the chance to see Bullets’ superstar Aron Baynes in action, while a revamped Adelaide with Antonius Cleveland and Robert Franks will be out to flex their muscle.

There are new coaches at the helm for New Zealand, Illawarra and Perth, and at Melbourne United, Dean Vickerman will be trying to cover the loss of several key players.

All games will be played at the Darwin Basketball Association.

The Darwin basketball faithful will be treated to a week of world class basketball and entertainment, while fans across the country will also be able to tune in on Kayo Freebies.

Kayo Freebies are free with no credit card details required. Kayo Freebies can be accessed by downloading the Kayo Sports app or visiting kayosports.com.au/freebies and creating an account.

“This is a huge win for the Territory, one that means Territorians will be able to watch some of the best basketballers in the country, live and right here in Darwin," Minister for Major Events Paul Kirby said.

“The Territory has a wonderful basketball community and this event will help develop the game in the Territory and continue to highlight our passion at the sport’s highest level.

“This major international event will also boost visitor numbers to the Territory in the form of players, support crews and travelling fans, which is great news for our tourism and hospitality sectors.”

A 3x3 Pro Hustle will also be played during the Blitz at the Darwin Waterfront on September 17 and 18. The winning team will be awarded the Loggins-Bruton Cup, while the tournament’s most outstanding player will take home the Ray Borner Medal.

Tickets for the NBL Blitz will go on sale on Friday, August 19. More details will be announced soon. 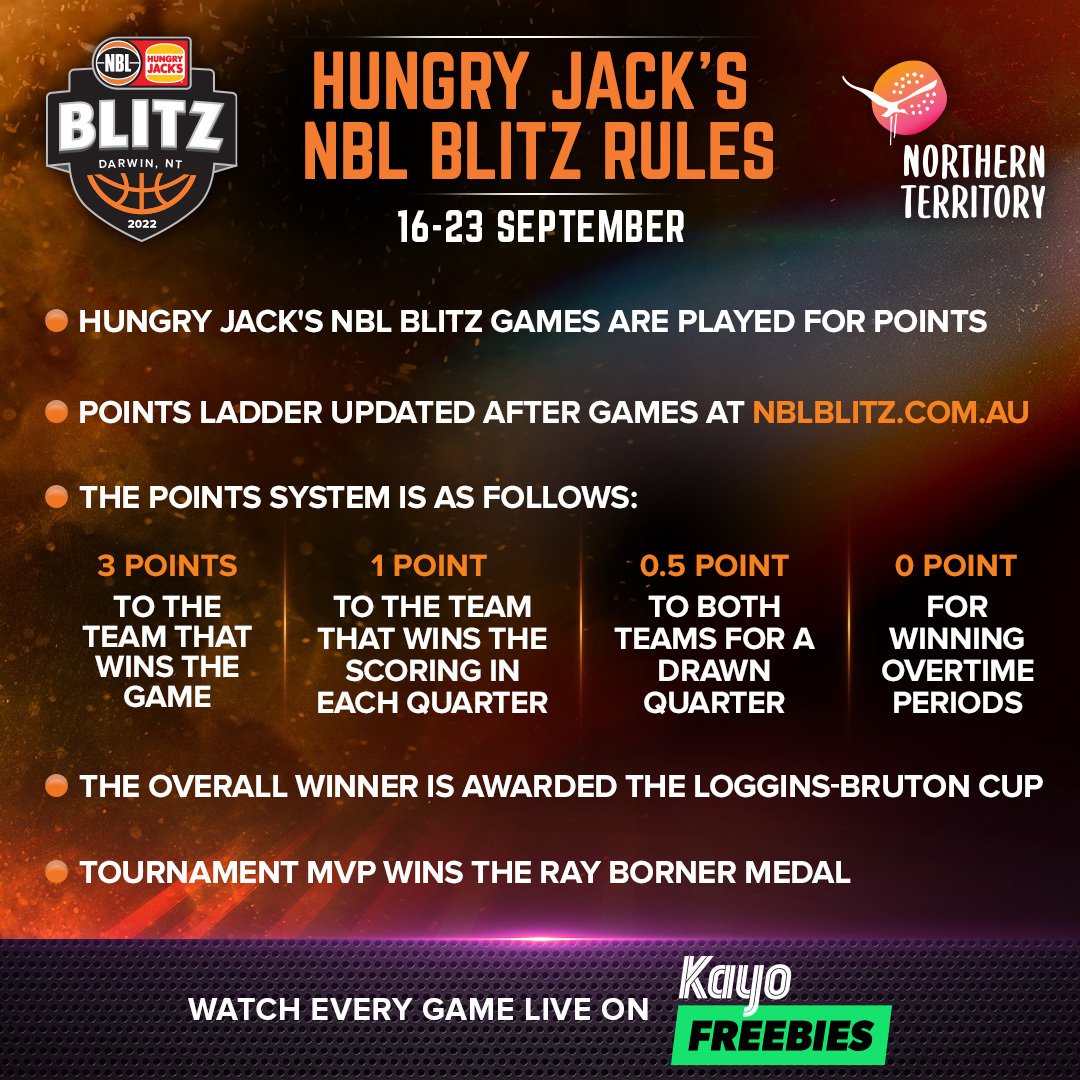 The Australian Boomers are Bendigo-bound for the fourth window of the FIBA World Cup 2023 Asian Qualifiers on August 29.
9 hours ago
NEWS

For the South East Melbourne Phoenix, it’s fair to say NBL22 didn’t quite live up to expectations. But this year could be different, according to Mitch Creek.
1 day ago
PODCAST

If you asked anyone about the Boomers recent FIBA Asia Cup Gold Medal run, the chances are the name Will McDowell-White would have been brought up.
1 day ago