With free agency underway, NBL Media’s Liam Santamaria is taking a look at each and every signing and breaking down what it all means ahead of #NBL21.

Quote: “Jordan is a talented, tough, team-first player… I want to continue to see him grow in our system and with the good group of guys we have in our team.” – Mike Kelly (Cairns Taipans head coach)

My take: I quite like this signing by the Snakes, who are bringing in Ngatai to add depth on the wings.

The experienced Kiwi will be heading to FNQ after six seasons with the Breakers, the last four as a fully-contracted player, and the time is certainly right for him to seek out a change of scenery.

Ngatai is coming off an outstanding NZNBL season in which he helped lead the Otago Nuggets to their first ever title. He was the number one draft pick in the post-Covid hybrid league and put up big numbers, finishing second in voting for the competition’s MVP award.

Confidence is the key to Ngatai’s game at the offensive end, something that largely disappeared last season under Dan Shamir, and I suspect he’ll get his mojo back in Cairns after doing his thing in the NZNBL.

Where Ngatai really excels, however, is defensively. His physical traits and desire to play D allow him to guard multiple positions across the perimeter and he can, at times, be used as a genuine stopper against high-level offensive talents.

Having a guy like that deep on your roster – someone who can come in and have an impact at both ends of the floor – is always a good thing.

The deal: One year

Quote: “We believe John has the tools to play in the NBA in the future and we are excited we’ve got his signature.” – Trevor Gleeson (Perth Wildcats head coach) 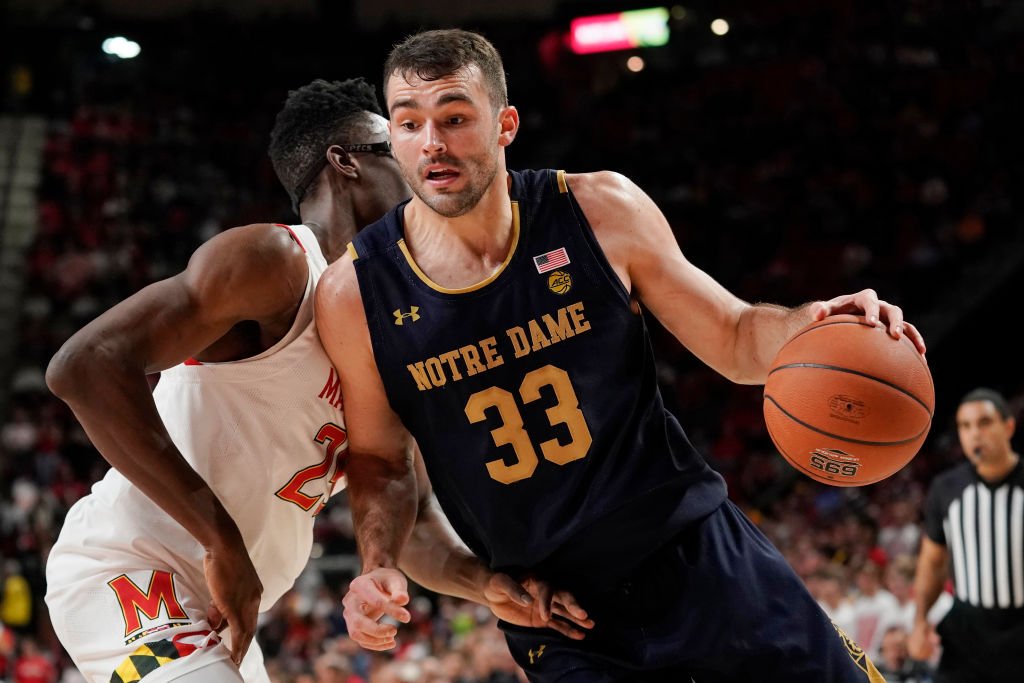 My take: This is a fascinating signing by the Wildcats who have gone for a glass-eating big man fresh out of college as their replacement for All-NBL First Team star Nick Kay.

Mooney is a big boy who put up some big numbers for Notre Dame, finishing second in the nation in rebounding as a senior and leading the entire NCAA in double-doubles, earning All-ACC First Team selection.

The 23-year-old gets on the glass, that’s his primary skill and he does it at both ends of the floor. In college he also showed an ability to make plays out of both the low and high posts, where he made strong moves and was a willing passer. How well those skills transfer to the pro game will be interesting to watch. As for his range, Mooney was an inconsistent pick-and-pop threat last season with a hitch in his shot resulting in a sub-30 percent clip from three-point territory. However recent reports suggest he’s been making adjustments to his stroke and some workout footage from a couple of weeks ago shows a much smoother, more effective release.

What’s interesting about Mooney (apart from the fact he shares the same agent as Bryce Cotton) is that he played the five at Notre Dame but, at 6’9, he’ll be much more of a power forward at the next level. That being said, he’ll definitely play some centre minutes for Trevor Gleeson, giving the ‘Cats some flexibility with who else they decide to bring in.

It’ll also be interesting to see what kind of defensive impact he’ll be able to have in his first year as a pro. Like Kay, Mooney’s not much of a shot-blocker. However, what Kay lacked in rim protection, he more than made up for with his ability to switch onto smaller players and consistently keep them out of the lane. I’m not sure Mooney will be able to get that done.

What we do know, however, is that he’s hungry, he works hard and he thinks every missed shot is a pass to him. All of that should help him fit in nicely out West.

Signed by: The Hawks

The deal: One year

Quote: “I’ve heard nothing but great things (bout the NBL). I’ve heard it is right under the NBA as far as professional leagues go. It’s a really talented league and it’s well respected. I’m truly excited to be a part of it.” – Justin Simon

My take: Having built a roster of predominantly offensive-minded players, the Hawks have added Simon to provide them with a disruptive defensive presence.

The 24-year-old will be joining the Hawks for his second pro year after spending his rookie season with Chicago’s G League affiliate under former Sydney Kings head coach Damian Cotter.

While not necessarily known for his offensive prowess, Simon is a long and active defender who will certainly have a big impact at that end of the floor. He’s 6’5 but has an impressive 6’11 wingspan and he uses his length to force turnovers both on and off the ball. In fact, he’s so disruptive, he’ll be a very good chance to lead the league in steals in NBL21.

The key questions surrounding Simon will be down the other end, with his ability to keep defences honest in the half court. He can slash, both with and without the ball, but right now can definitely be categorised as a below-average shooter. Across each of his last two seasons, his final year at St John’s and last year in the G League, Simon has shot sub-30 percent from long range. If that trend continues it could become a problem for the Hawks’ spacing as NBL coaches sit defenders off him and clog up driving lanes.

That being said, you can guarantee this guy is going to get after it defensively and, on a Brian Goorjian-led team, that’s often a very good place to start.

The Australian Boomers are Bendigo-bound for the fourth window of the FIBA World Cup 2023 Asian Qualifiers on August 29.
10 hours ago
NEWS

For the South East Melbourne Phoenix, it’s fair to say NBL22 didn’t quite live up to expectations. But this year could be different, according to Mitch Creek.
1 day ago
PODCAST

If you asked anyone about the Boomers recent FIBA Asia Cup Gold Medal run, the chances are the name Will McDowell-White would have been brought up.
1 day ago