Bullets fire back at Williams

The Brisbane Bullets have leapt to the defence of Lamar Patterson, after NBL Overtime’s Corey Williams accused the star forward of “disrespecting the game” last season.

Patterson played just six games for New Zealand before he was axed for being “underwhelming”. At the time Breakers’ coach Dan Shamir said Patterson “was not in top shape to play”.

Patterson played out the rest of the season with the Bullets and regained some of the form that led him to be a two-time All-NBL First Team member.

Williams though, wants to see more.

“[He’s a] Super talented player, but last year you disrespected the game and as a result of that you looked bad – it was a real bad look.

“So I’m glad, we’re all glad, that you did the right thing by playing NBL1 and playing yourself back into shape. So I expect you to ball out, every game – good luck.”

Following the show, the Bullets posted a photo of Patterson on Instagram and tagged the NBL Overtime show and stated: “We’re just getting warmed up.”

Patterson then re-posted the photo, adding ""bandwagon applications open for a limited time". 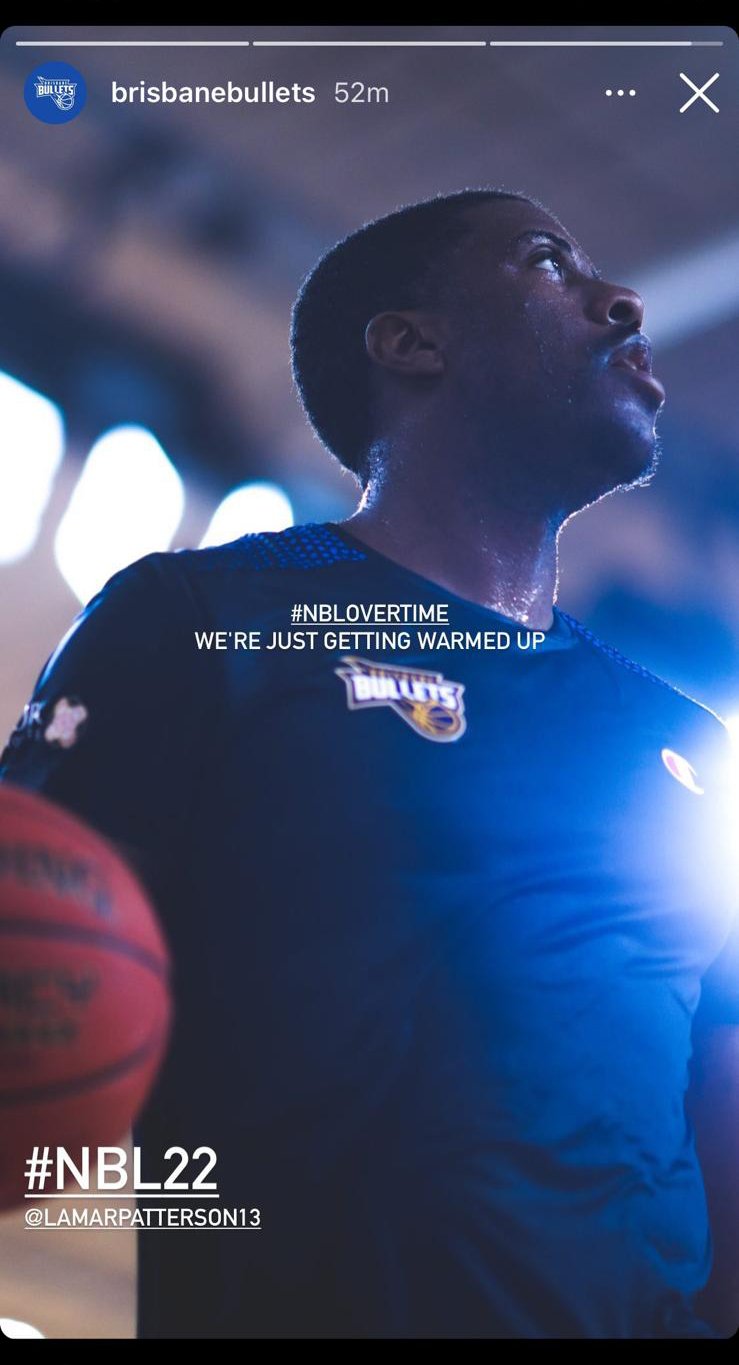 NBL Commissioner Jeremy Loeliger has confirmed the 2022/23 season will begin in late September or early October.
1 day ago
NEWS

Melbourne United star forward Jack White is set to join one of the NBA’s best teams for the upcoming Vegas Summer League.
4 days ago
NEWS

New Cleveland Cavalier Luke Travers has opened up on his emotions during the NBA Draft, where his NBA dream became a reality.
5 days ago